I wrote this piece exclusively for the March 2010 issue of Second Nature Journal of RMIT’s School of Media and Communication in Melbourne. The theme of the issue is Superhuman: Revolution of the Species. I will post a link when it’s released. Enjoy!

Humans. I can go on forever wondering about them. In my mind I zoom out as far as possible to see the shape of Humanity. I turn it on its sides to understand its dimensions, what it stands on. I think of the shape of Humanity, about the edges and boundaries of the collective human psyche. What is the core of the Human self? If we can potentially conceive of a shape to Humanity, how does its shape affect its movements?

While these are all rather provocative musings, the thing that really fascinates me is where Humanity’s head is turned. Where on the horizon does Humanity fix its gaze? With these ponderings, it’s easy to wander into the posthumanism dialogue. It is within this dialogue that the Cyborg lives.

By definition, a posthuman is a being that is so advanced compared to today’s human that it is entirely unrecognizable. Its abilities, biological makeup and genetic composition far supersede that of the present human. Posthumanism offers some possibilities for the human future: hybridization of man and machine, immortality, the abolition of suffering, technological singularity, creating our own successors, controlling our own evolution, and so on. All very interesting ideas. However, over the last few decades, the Cyborg has gripped popular Western culture as the image and direction of Humanity’s evolution.

The word “Cyborg” (meaning “cybernetic organism”) was coined by Manfred E. Clynes and Nathan S. Kline, in a 1960 article on space travel, to mean an “exogenously extended organizational complex functioning as an integrated homeostatic system unconsciously.” It was picked up by Robert Heinlein and Frank Herbert in their 1966 novels (The Moon is a Harsh Mistress and The Eyes of Heisenerg, respectively) and came to life inside the science fiction genre as an unnatural hybrid of man and machine—simultaneously an object of curiosity and disgust. However, its influence was not confined to science fiction and, in the following years, it grew as a focus for sociocultural speculation and commentary. Donna Haraway, in her wildly amazing Cyborg Manifesto (1985), utilized the concept of the Cyborg to point out the shortcomings of contemporary culture. She used it to demonstrate the transgressed boundaries, potent fusions and dangerous possibilities embodied by the Cyborg, and how these easily destroy previous conceptions of human identity.

But aside from the intellectual discourses the Cyborg has aroused, the Cyborg has implanted its little bionic self into the popular Western imagination. The Cyborg is Joe Schmo’s posthuman. In the mind of Joe, human evolution goes something like this: Neanderthal, Joe, Cyborg. I would leave Joe’s posthuman constructs in peace if it weren’t for one thing: The Joe Schmos of the world are imposing their Cyborgian future onto the rest of the population by developing technologies and social structures, such as biotechnologies, genetic modification, microchips, that greatly affect human and other life forms. Even Haraway herself said the Cyborg is “as much a creature of fiction as a creature of social reality.” That was in 1985.

From your author’s humble perspective, having such a dominant image of the future can stifle and limit the many potential spheres of growth and experience. But before we go further with the Cyborg, I want to speak about the murkiness of contemporary human identity. See, I don’t necessarily dismiss these posthuman possibilities or disbelieve that these changes can take place. Certainly not. But from where I stand, it’s extremely difficult to conceive of a posthuman identity given the lack of a present human identity. It’s a shot in the dark because we don’t understand our origins or our ecological and interspecies relationships. Those are two axes of Humanity that cannot be left out of the equation, as little is firm without those reference points. Compound this with the increasingly rapid rate of change and I am extremely skeptical of the popular conceptions of the future human. So let us not start madly painting a picture of the future human with an incomplete palette of colors! If we hear all these voices telling us “Cyborg = future”, then that becomes ingrained in our thinking. We gravitate to and grow in the direction of what we think is the next step in our evolution. Self-fulfilling prophecies really don’t leave much room for spontaneity.

They aren’t that much fun either.

But let’s talk about Humanity’s origins for a moment. They are a bit fuzzy, no? Trying to figure it out has been an ongoing process and will most likely continue to be so. The subject houses tons of questions and hosts myriad mysteries of anthropogenesis. What is the “missing link” between Homo erectus and Homo sapiens, if it exists? How did modern humans suddenly acquire a brain that was light years beyond what it needed for survival? There’s also much confusion about why we have dysfunctional behavioral patterns (such as rape and genocide) and whether they are really a part of human nature or are, in fact, a result of socialization. These inquiries and the almost-answers we have for them greatly influence how we structure life and its meaning. And those answers vary. A lot. How we perceive our origins shapes our identity and determines how we interact with the world. It’s why people get extremely emotional about Humanity’s origins and hold their conceptions so tightly (sometimes with a frightening fervor!).

There are also vastly varied views about the process of evolution itself. By definition, evolution is the process of change in all life forms over generations. It’s simple enough, true, but the mechanics behind this process remain elusive. People tend to get fixated on one aspect of biological evolutionary change and run silly everywhere, making all kinds of trouble. As an example: Social Darwinism.

But let’s not get lost in the details. What is evolution really up to? Nobody knows. Does it have a purpose, fulfill a plan, or strive towards a definite end product? Is there a general blueprint that all beings strive to realize? Maybe evolution looks different in each life form. As for human evolution: Is there a single trajectory of how we will develop? Again, nobody really knows. It could well be that humans will undergo speciation (a process in which new species arise). Speciation explained: As a population grows into different niches, evolution is accelerated because of the introduction of more mutations (this can also happen with habitat fragmentation, domestication and the like, all involving some sort of genetic drift). This idea, as it applies to humans, is certainly plausible. I personally observe increasingly more contact points being created between Humanity and the psychical (not a typo) environment it inhabits. I also see segments of the population going in the opposite direction of shutting down and decreasing areas of interaction and points of contact, but we’ll not open that can of beans here. Could it be that we will eventually see multiple biological versions of humans coexisting? It’s certainly a thought.

But back to present day Homo sapiens. They are diverse creatures and will continue to be. And that’s a great thing! In any complex system, diversity is important for maintaining resilience, as the more diverse elements in a system there are, the more a system is resilient to shock and other kinds of disturbance. Diversity increases our capacity to interact with the events and changes around us. I thus consider cultural, political, economic and ecological homogeneity to be damaging.

Back to our Cyborg. I don’t support extending a weird sort of homogeneity into Humanity’s future either. It’s just not healthy. Although we may try to decode the cryptic patterns and webbings of life and what will happen to us, in short we’re out of luck because in evolution there are no rules. It’s always changing. It’s been the author’s hope here to offer a wider perspective on what can be considered the future human, beyond Joe Schmo and the Cyborg. The point is this: I just don’t want all of the future-space to be taken up by the Cyborg. I think much more interesting things are possible.

So Cyborg, I’m not telling you off, I’m just trying to suggest that you move aside. Please don’t be offended. We just have many more guests arriving. 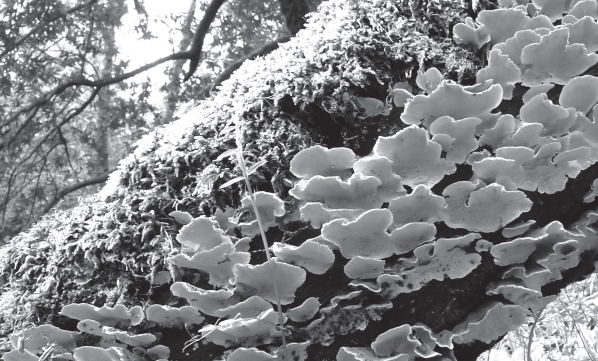 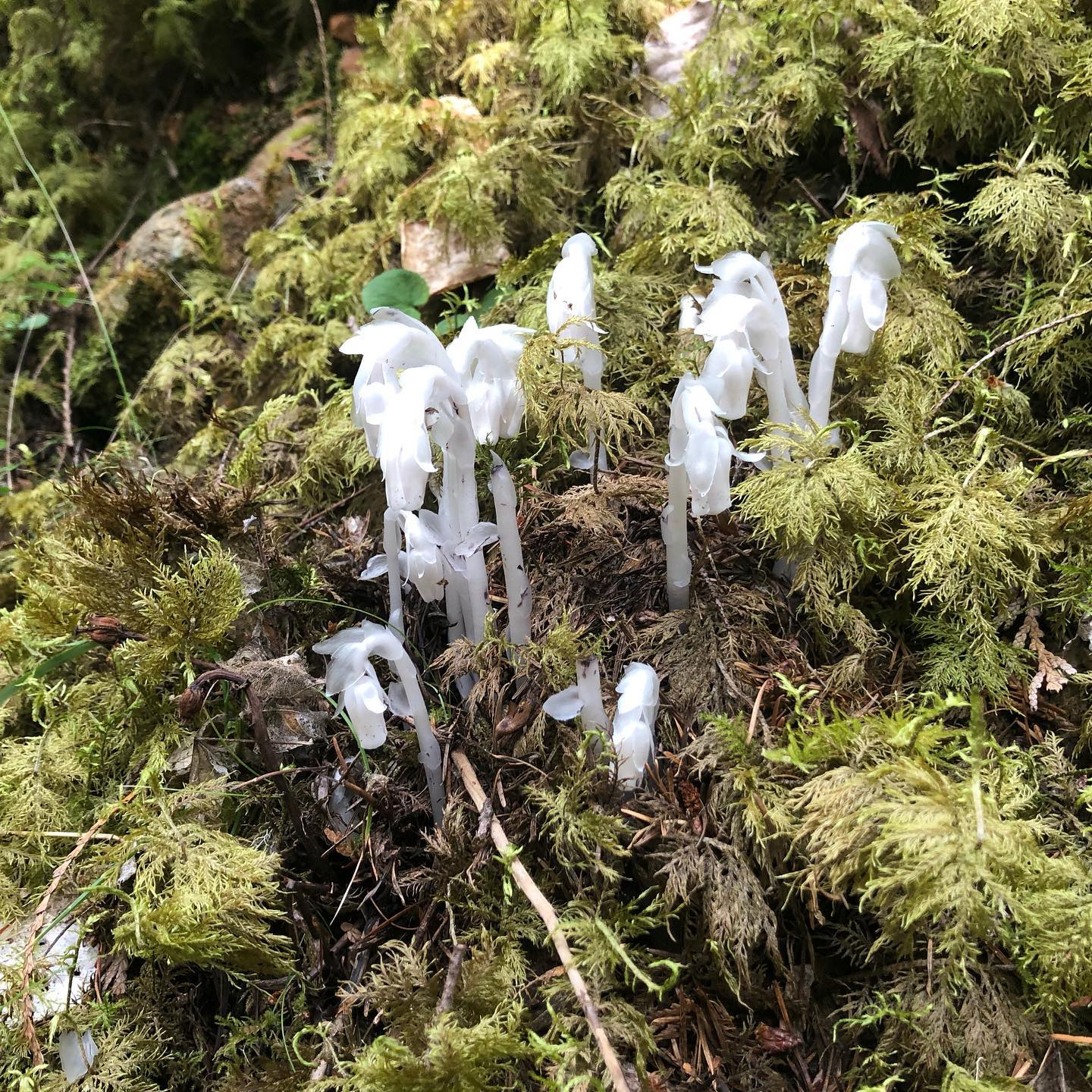 The Network Art and Science of Cesar Hidalgo