Historically the beneficial plants have always been thought of as the peoples’ medicine. They were often safer than chemical medicines, cheaper and more accessible to common folk. However, in recently reviewing surveys of herbal medicine use in the United States, a different picture emerges. Survey results are consistent in suggesting that people who take herbal medicines tend to be: female, white, college educated, high socioeconomic status, middle-aged and residing in the Western states.

Use and Perceptions of Herbal Medicine in the United States

Relatively little is known about the patterns of use of herbal medicines by the American public and the attitudes and perceptions surrounding its use. Surveys attempting to probe into alternative medicine use in the United States began in 1993. As a result of the increase in interest and use of herbal medicines, beginning in 2004, the amount of surveys administered escalated significantly. The academic literature shows that CAM is used among women as opposed to men, and among those who have higher incomes, are college educated, live in the Western United States, and are unlikely to disclose CAM use to medical professionals.

Survey results suggest that users of CAM tend to be female, aged 45-64, white, college educated, with overall higher levels of income (Astin, 1998; Bardia et al, 2007; Conboy et al, 2006; Eisenberg et al, 1993; Harrison et al, 2007; Kennedy, 2005). Additionally, the Western United States was identified as the region with most users of CAM (Gardiner et al, 2007a). Conversely, in surveying adolescent and young adult use of CAM it was concluded that approximately 10% of respondents used CAM (Gardiner et al, 2007b) and did so for the treatment of illness as opposed to preventative care (Klein et al, 2005).

Of the surveys that specifically focused on herbal medicine (HM) use in the American public it was reported that approximately 25% to 57% of respondents used HM, and factors associated with use was being a woman, college educated, and of multiple races (Bruno and Ellis, 2005; Gardiner et al, 2007ab; Marinac et al, 2007). The data suggest that most people who use herbal medicines also use pharmaceuticals (Archer and Boyle, 2008; Gardiner et al, 2007ab).

Attitudes and Perceptions of Herbal Medicines

Of the surveys that inquired into attitudes about CAM, most respondents reported a positive attitude regarding their experiences with CAM (Nordeng and Havnen, 2004). Some surveys inquired into reasons for choosing CAM. In surveys of American adults, the most common reason for herbal medicine use was the preservation of health and for chronic, non-life threatening health conditions (Eisenberg, 1993; Marinac et al, 2007). Among patients suffering from diabetes, the desire for additional relief was cited as the most common reason (Kumara, Bajajb and Mehrotrac, 2006). In people diagnosed with depression, the reasons cited for choosing CAM were desiring a natural approach that was consistent with their values and beliefs and experiencing negative side effects with pharmaceutical treatments (Wu et al, 2007). But as one survey suggests, negative experiences with conventional medicine are not foremost in decisions to choose CAM (Bishop, Yardley and Lewith, 2010). Among older adults, HM is generally regarded as safe (Snyder et al, 2009).

Survey data also suggests that 50%-72% of herbal medicine users do not disclose their use to their medical doctors (Archer and Boyle, 2008; Bruno and Ellis, 2005; Eisenberg et al, 1993). One survey probed into the potential reasons for such low disclosure of CAM use, which included lack of enquiry on the doctor’s part, viewing such information as unimportant, and fear of negative reaction by doctor (Vickers, Jolley and Greenfield, 2006). Jae Kennedy concluded in his survey (2008) of CAM users that the factors associated with low disclosure rates were being a male, young adult, racial minority, and undergoing less intensive medical treatment (Kennedy, Wang and Wu, 2008). People tended to tell their doctors about CAM use more if they had a chronic condition (Mehta et al, 2008). However, data from one survey suggest that only half of cancer patients disclose CAM use to their doctors (Gratus et al, 2009).

There are some inconsistencies worth noting in the studies. Attempts to correlate health status and CAM use was inconclusive. Some CAM users self-reported poor health (Astin, 1998) and some self-reported good health (Bruno and Ellis, 2005). In surveys of American adults, CAM/HM use was identified in as low as 10% (Harrison et al, 2007), 25% (Bent and Ko, 2004), 33% (Eisenberg et al, 1993) to as high as 57% (Bardia et al, 2007; Kennedy, 2005) of survey respondents. Given the prevalence of herbs, more comprehensive survey studies should be carried out that sample many demographics and regions. Additionally, more research can be carried out as to what conditions are treated with CAM/HM use.

It’s worth mentioning that the language and terminology in the academic literature is often vague and sometimes confusing. For example, many surveys use the term ‘complementary and alternative medicine,’ which encompasses herbal therapies, acupuncture, chiropractic medicine, massage and a host of other modalities. It can be argued that studying these therapies together, without differentiating between them, can produce confounding results as they are diverse in therapeutic approach, cost of treatment, and reasons for use. The same reasoning applies to surveys that focused on ‘unconventional medicine,’ (Eisenberg et al, 1993) ‘herbs and dietary supplements,’ (Gardiner 2007ab) and ‘evidence-based herbal medicines.’ These terms have diverse meanings and can cause confusion in reviewing the literature. Further, as one survey pointed out, the term ‘herb’ has meanings that differ by ethnicity (Bharucha, 2003).

Additionally, the conclusions of these surveys consistently express dismay at such high use of herbal medicines and CAM, citing the danger of potentially harmful interactions between herbal drugs and pharmaceutical drugs. However, this argument calls for further analysis. ‘Herbs’ and ‘herbal drugs’ encompass a vast spectrum of plants beneficial to human health. Some of these herbs are more akin to food; they are nutritive in nature (i.e. nettles, oats, dandelion). And on the other end of the spectrum, there are plants with potent alkaloids that are more biochemically active in the human body (i.e. digitalis, echinacaea, lobelia, valerian). One could argue that much wisdom is potentially lost in this generalizing such different plants into one category.

In that sense, it would behoove future investigators to ask into what specific herbs are being used and how. Drinking a cup of nettle tea (Urtica dioica, a popular and nutritious wild green) once a week is very different from, say, daily doses of foxglove (Digitalis purpea, now synthesized into the cardiac drug Digitalis). However, for the sake of these studies they are treated the same, lumped into the category ‘herbal drugs’ or worse, ‘complementary and alternative medicine.’

Despite some inconsistencies and ambiguity in the literature, it is consistent that most users of herbal medicines and CAM are college educated and have higher incomes. To probe further into the correlation between socioeconomic status and herbal medicine use would undoubtedly provide some rich findings.

Conboy, L., Patel, S., Kaptchuk, T.J., Gottlieb, B., Eisenberg, D.M., Acevedo-Garcia, D. (2006). “Sociodemographic Determinants of the Utilization of Specific Types of Complementary and Alternative Medicine: An Analysis Based on a Nationally Representative Survey Sample.” The Journal of Alternative and Complementary Medicine11(6): 977-994. 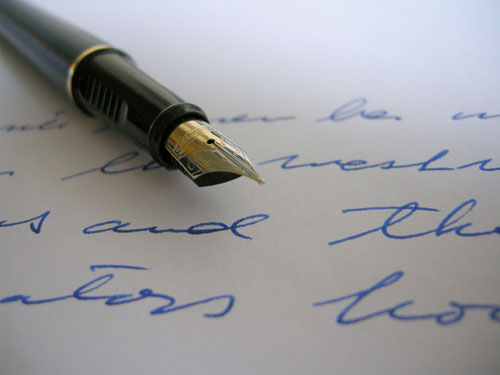 The Urpflanze, or Goethe's Archetypal Plant