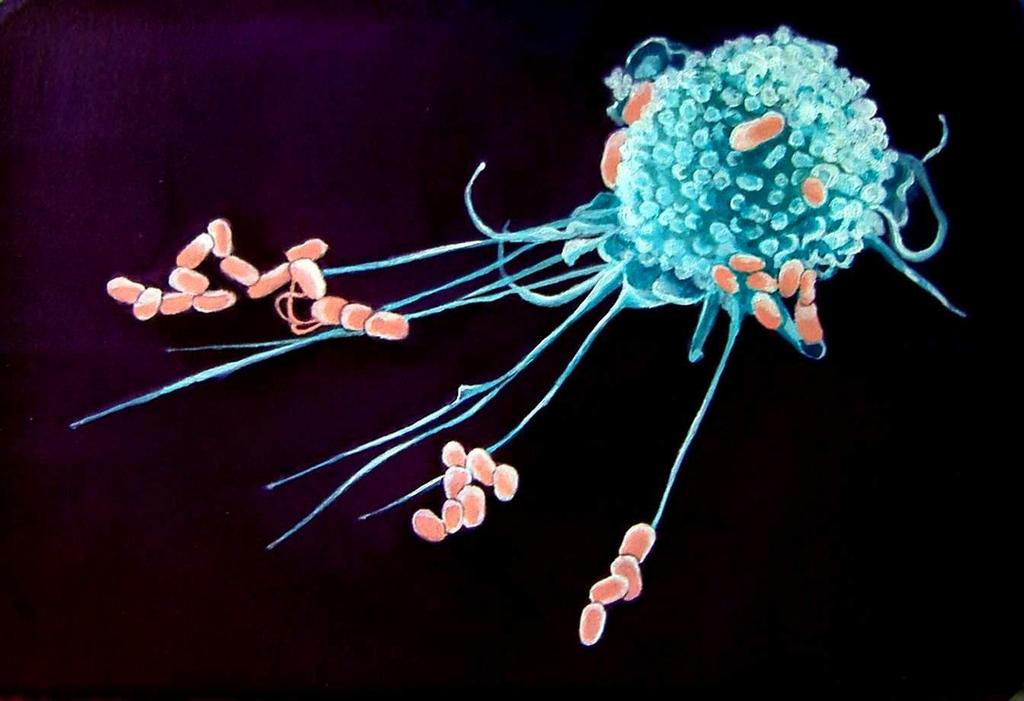 Written by Renée A. Davis
4

What’s a ‘good’ immune system? Presumably it’s one that can fight infections and inhibit tumor development without causing collateral damage. And conceivably, we can support our immune system by taking plants that fortify or strengthen it, hopefully by restoring the internal controls that keeps the immune system from destroying its own tissues. We call these agents ‘immunomodulations’. When you think about it, it’s a pretty esoteric concept.

As opposed to immune modulation, immunostimulation seems more straightforward and precise. Right? However, the concept of immune ‘stimulation’ is a new one, originating from conclusions of in vitro research. It doesn’t have a discernible historical or traditional basis. (But signs and correlates of inflammation like pain and fever were embraced and treated by a wide range of cultures.) So immune stimulation isn’t empirical in origin; it’s largely based on theoretical considerations from in vitro work. And there are some issues with this data.

I closely follow plant immunostimulation research. There are hundreds of papers out there and, over time, I’ve noticed a few things that warrant more critical examination.

While many of the extrapolations drawn from these articles lack understanding of the bioavailability or pharmacokinetics, there’s also potential confound: endotoxins. In the literature there are no controls for bacterial contamination in the study materials. Endotoxins resulting from these materials could stimulate an immune response via LPS (lipopolysaccharide, a component of bacterial cell walls).

So here are some research take home points-

Let’s take a look at one example from the literature.

Evaluation of cytotoxicity and immune modulatory activities of soyasaponin Ab: An in vitro and in vivo study.

To improve the immune efficacy of protein subunit vaccines, novel adjuvants are needed to elicit a suitable protective immune response and to promote long term immunologic memory. In this work, soyasaponin Ab, a major constituent among group A soyasaponins in soybeans was purified and prepared from soy hypocotyls. The immunomodulatory effects of soyasaponin Ab both in vitro and in vivo were investigated, and its pro-immunomodulatory molecular mechanism was also studied. For in vitro assays, with mouse macrophage cell line RAW264.7 as the studying model, both cytotoxicity and immune stimulatory activity were investigated to evaluate the potential of soyasaponin Ab as the vaccine adjuvant. The results indicated that soyasaponin Ab could be significantly safer than Quillaja saponins (QS). Soyasaponin Ab showed no toxicities over the tested concentration ranges compared to QS. Soyasaponin Ab was proved able to promote releases of inflammatory cytokines like TNFα and IL-1β in a dose-dependent manner. Furthermore, NF-κB signalling was also activated by soyasaponin Ab effectively. In addition, with TLR4 gene expression of RAW264.7 cell inhibited by RNA interference, immune stimulatory effects by soyasaponin Ab dropped down significantly. On the other hand, the in vivo experiment results showed that anti-ovalbumin (OVA) IgG, IgG1, IgG2a, IgG2b were significantly enhanced by the soyasaponin Ab and QS groups (p<0.05 or p<0.01). The results suggested that compared to QS, soyasaponin Ab may represent a viable candidate for effective vaccine adjuvant. TLR4 receptor dependent pathway may be involved in immune stimulatory effects of soyasaponin Ab.

Notice the parts I highlighted. Some observations:

The TL;DR version: I wouldn’t hang my hat on this.

In contrast, here’s a much better study.

In this study, the immunomodulatory effect of a triply standardized Echinacea angustifolia root extract (Polinacea(®)) was evaluated in 10 healthy subjects. Ten ml of syrup containing one hundred mg of extract (corresponding to 4.7mg of Echinacoside and 8.0mg of a high molecular weight-20,000Da- polysaccharide) were administered as a herbal syrup once a day for one month. The immunomodulatory effect was evaluated before and after herbal syrup administration evaluating the expression levels of the cytokines IL-2, IL-8, IL-6 and TNF-α. Cytokine expression was studied in lympho-monocytes and in plasma samples measuring the mRNA and protein levels, respectively. The results were analysed by ANOVA and non-parametric Friedman rank sum tests; when possible it was adopted a pair-wise comparisons at different post-treatment times, using the paired t-tests with Holm correction. The correlation between the variations of cytokine plasma levels and the respective mRNA was carried out using a linear regression model. In lympho-monocytes our data indicate the up-regulation of the mRNA levels of IL-2 and IL-8 and the down regulation of the mRNA levels of the pro-inflammatory cytokines TNF-α and IL6. The differential regulation was maximal after 14 days of treatment. IL-2 up-regulation and IL-6 down-regulation were also confirmed at the protein level in plasma. Finally, the up-regulation of the mRNA of IL-2/IL-8 and the down-regulation of IL-6 positively correlated with the protein levels detected in the plasma. In conclusion, this pilot study suggests a relevant role for the standardized Echinacea angustifolia root extract in the control of cytokine expression. This first demonstration of the immuno-modulating activity of Echinacea angustifolia root extract in the healthy subject, supports at least in part the common use of such products as health promoting supplement.

With all the assaults on our immune system these days, it’s important to interpret the research on plants and immunity with care. Plants (and, importantly, mushrooms) have much to offer in supporting immune function. The more we can clarify and employ the available research, the better we can wield herbs to support immunity.

Framing Health in a Context of Interconnectedness