My singular fierce passion is developing better medicine for our immune and nervous systems. Contemporary life strains these 2 systems, and conventional therapeutics are limited. Interest in immunity naturally brought me to the higher fungi. The complex mixtures of polysaccharides, terpenes, and sterols offer sculptural support for the strained, stressed, and drained immune system. Neurogenic and nootropic mushrooms like Lion’s mane (Hericium erinaceus) stretched my inspiration and imagination further. Mushroom consumption can stave off cognitive decline. There’s an obvious connection between mushrooms and our higher mind. Now, psychedelic medicine takes this connection into the mainstream.

Unlike many involved with the psychedelic medicine movement, I did not start this path with a personal interest in the psychedelic experience. I started with the non-psychoactive higher fungi—the benevolent species of the genera Ganoderma and Trametes, seemingly quiet amid their fear-inducing and awe-inspiring poisonous and psychedelic associates.

Then I started to become educated. I listened to people’s experiences of trauma resolution and transformation. I attended events and became connected with the psychedelic therapeutic community. (And went through my own experiences with trauma and grief…and healed) Frankly, I’m amazed.

Here’s what to know about psychedelic medicine:

Psilocybin and the serotonin system

Psychedelic medicine encompasses many agents and treatments, and this challenges attempts to generalize this emerging field of medicine. For now, we’ll focus on psilocybin, which has some of the most extensive research and clinical evidence. (To learn about the therapeutic use of other psychedelics, visit the MAPS research center.)

These 2 compounds affect our nervous system by targeting the serotonergic system (serotonin production and metabolism). This system, according to Marlene Rupp, “plays a key role in regulating mood, sexual behavior, aggression, impulsivity, cognitive function, appetite, pain, thermoregulation, circadian rhythm, sleep and memory.” If you are familiar with this system, great! If you need some background, I highly recommend reading these two posts.

This alkaloid is named after the Psilocybe genus from which it originates. Upon ingestion, psilocybin metabolizes into psilocin. Psilocin is a ligand (key) for the serotonin 5-HT2A receptor (lock), which activates it. This compound unleashes serotonin activity and the secretion of neurogenic growth factors like BDNF (brain derived neurotrophic factor, which regulates survival and differentiation of neurons). Myriad downstream effects occur within the neurons, which affects synaptic behavior, signaling, and other neurotransmitters. Studies with psilocybin address mood, relationship satisfaction, prosocial behavior, and improved neuroplasticity (1, 2).

State of the research

Key research institutions in this field include MAPS, John Hopkins University, Usona Institute, and Compass Pathways. All are involved with psychedelic-related clinical trials in North America. MAPS is best known for their MDMA for PTSD clinical trials (Phase 1 and 2) in Canada. Compass Pathways spearheaded an effort to achieve FDA designation for psilocybin as a breakthrough therapy for treatment resistant depression. This designation essentially fast tracks research on psilocybin and (hopefully) expedites development and decreases time to market. This follows their pioneering clinical trial for treatment-resistant depression. (The pharmaceutical model they have adopted is not without controversy.) Usona Institute, an open-science oriented nonprofit, has just begun their own clinical trial for major depressive disorder. John Hopkins has focused on addiction (smoking, alcohol, other drugs of abuse), existential distress caused by life-threatening disease, and treatment-resistant depression. See Recommended resources below for other institutes active in this area.

My recommendation for staying abreast of the research: check out the research institutes below and sign up for their newsletters. You’ll get the news to your inbox with little hassle or thought. This page stays updated with psilocybin research (updated monthly).

(For another perspective, and even some criticism: Scott Alexander expresses some counterpoints about psychedelic research in Slate Star Codex.)

While psychedelic medicine has promise, it’s not without its risks. Adverse effects have occurred, and trained clinicians engage in screening patients for psychiatric conditions prior to any treatments. This is still being characterized. Many people have had adverse experiences (bad trips). Psychedelic medicine is not a panacea and should be handled very carefully.

Most of these studies address macrodoses of psilocybin and other psychedelics, where psychoactive and hallucinogenic effects are perceived and palpable. A new strategy has emerged: microdosing. Microdoses are sub-perceptual doses of a particular compound. For psilocybin, a microdose is 1-10 mg (equivalent to 0.1-1 g of Psilocybe mushrooms, assuming a 1% concentration). Microdosing has also been clinically studied, albeit to a lesser extent than the macrodoses. (NCBI search link for the lazy.)

Mycologist Paul Stamets created a formula in 2017 combing a macrodose of the nootropic Lion’s mane (Hericium erinaceus) with a microdose of psilocybin. Niacin is added as an antabuse agent, but lends some neurogenic properties as well.

Lion’s mane is noted for its nerve growth factor (NGF) upregulation (3). The combination of Lion’s mane with the BDNF-inducing qualities of psilocybin presents a graceful way of promoting adult neurogenesis.

In practice, this is what I take (once or twice a week):

The Lion’s mane and niacin are purchased as finished products. I grind up the dry Psilocybe mushrooms in a coffee grinder, weigh, and encapsulate for easy dosing. I take it once or twice a week and have experienced improved mood, creativity, and focus.

This is best pulsed or taken infrequently—tolerance is likely if consumed daily. Overall, it’s a great addition to my nootropic assembly. Try adding Bacopa monniera, Rhodiola rosea, or other nootropic herbs for a fun variation and to customize your regimen.

If you microdose and want to participate in an observational study to track cognitive and neurological changes over time, check out the world’s first mobile microdosing study at http://microdosestudy.com. This study launched on 11/13/19 and will continue to February 2020. I’m participating and interested in observing changes over time.

A major hindrance in the development of psychedelic medicine is the Schedule 1 status of many psychedelics. This makes it difficult to research, and puts practitioners at a risk of prosecution if caught administering these medicines to patients.

And there are many more cities working towards this with the hope of influencing federal policy. A psilocybin decriminalization bill is even on the ballot for the state of Oregon in 2020.

It’s extraordinarily exciting to witness this emerging field of medicine. In a time of socioecological crises, agents that promote increased consciousness and awareness help fast-track systemic solutions. What is more promising than treatments that help resolve trauma, increase empathy, and promote memory and cognitive function to advance a greater social good?

But we should be careful to not lose historical, cultural, and spiritual perspective here. These medicines have been used for centuries by people dismissed as savage, uneducated, heretical, irrelevant, crazy, and criminal. These practices and approaches are garnering research attention, and will make money. So what of the past? What of the people who have suffered at the hands of persecutors and inquisitors over the years? How will we balance the scales?

Similar to the green rush with cannabis medicine, we may see a ‘rainbow rush’ of sharp business interests penetrating the area for private profit as opposed to dedicating their resources towards expanding the field for the good of all.

Some questions for contemplation:

Psilocybin Mushrooms of the World: An Identification Guide by Paul Stamets

How to Change your Mind: What the New Science of Psychedelics Teaches Us About Consciousness, Dying, Addiction, Depression, and Transcendence by Michael Pollan

Featured image is a digital drawing by me, credit to Petri et al 2014 for original image. 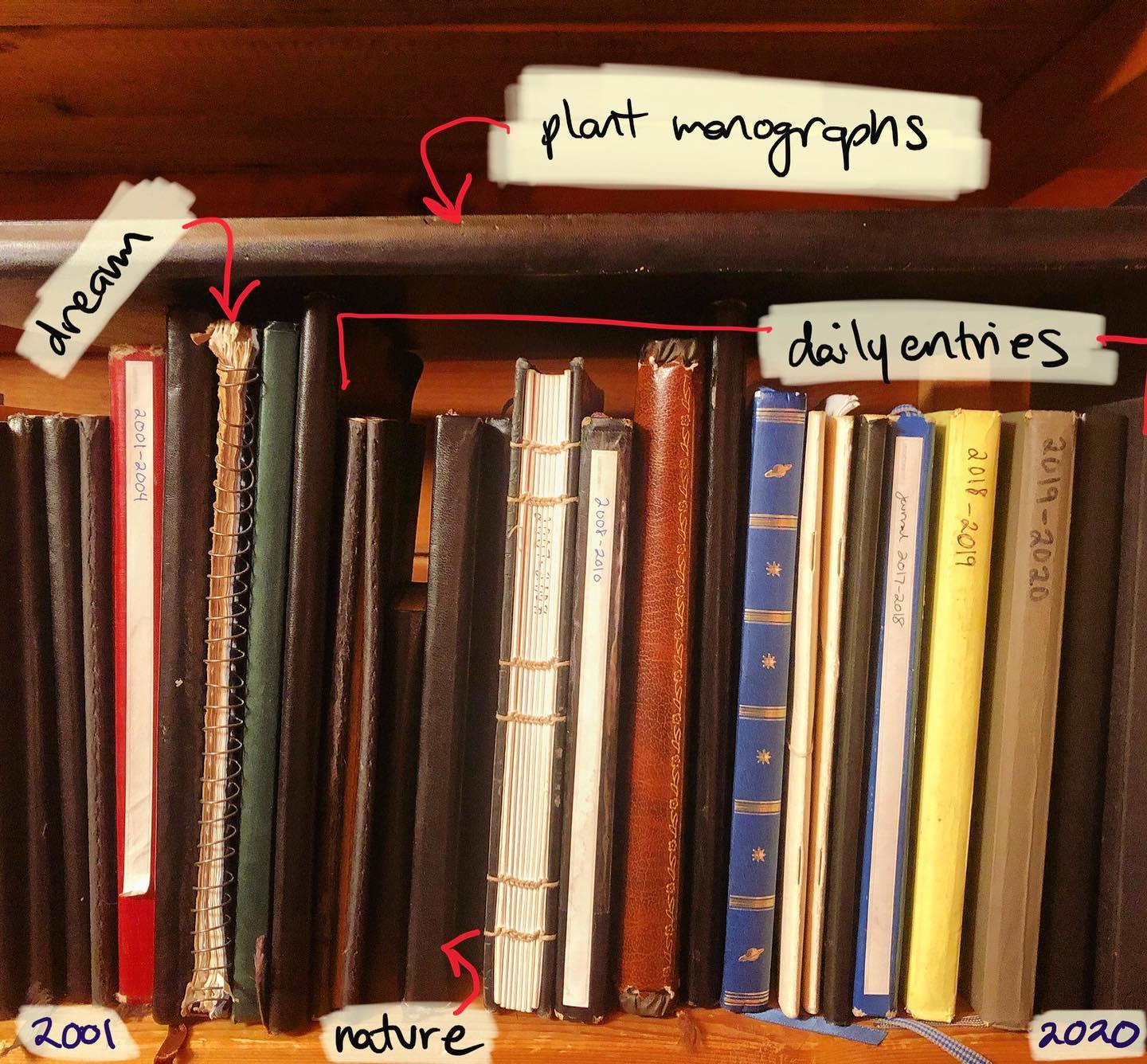